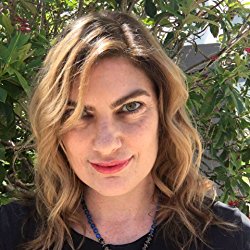 Tamara Lush is a journalist with The Associated Press by day and an author by night, having graduated from Emerson College with a degree in broadcast journalism. The real-life events she reports on rarely end happily, which, she muses, may well have inspired her desire to write stories which do. Back in the summer of 2014, she felt drawn to creating a tale of love, which became Hot Shade: the story of a young reporter who meets a mysterious man while covering a plane crash on the beach.

Tamara’s latest release, Tell Me a Story, follows the path of Emma, a bookstore owner and 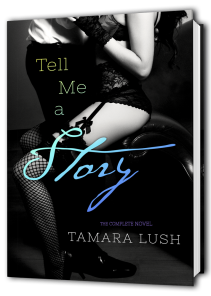 The full five-part story is available from AMAZON (and currently on sale at 99p/99c). Also from iBooks,  Kobo and Barnes & Noble.

Erica Jong’s Fear of Flying made a huge impression on Tamara as a teen in the 1980s. As she notes, “It showed me a world in which a woman can be a feminist and an unabashed lover of men.” While writing primarily in the romance genre, Tamara emphasizes her belief in the importance of exploring the intersection of lust and love, alongside the themes of trust and forgiveness.

Speaking of a recent visit to The Ringling Museum of Art in Sarasota, Tamara is full of admiration for artist Anne Patterson’s Pathless Woods installation, which comprises 8,472 satin ribbons, hung from the ceiling (24 miles of ribbon). She explains, “As visitors walk through, it’s as if they’re swimming in colour and fabric. Nature sounds play in the background and various lights shimmer and flicker in the darkened room. The streaming fabric is tactile and you can lose yourself wandering around.” She compares the experience to that of reading, in which we ‘enter an alternative dimension’. Tamara hopes her own writing offers this opportunity, to enter a place that is ‘sparkling and gorgeous and different from the everyday’.

She was a punk rocker as a teen and loved ‘harsh, loud noise’. “Sometimes I still do,” says Tamara, “But, lately, I’ve been drawn to ambient electronica, which I listen to while I write. I find that it captures a sensuality that I’m trying to convey in my books. I also love Italian opera and the bombastic drama that it conveys. I think I need more of that drama in my books!”

While Tamara writes protagonists that she hopes readers will identify with and root for, her own reading choices tend to run a little darker. She tells us, “I find it mentally intriguing to read about people I dislike.” On her bedside table of late have been Hakumi Murikami’s The Wind-Up Bird Chronicle, Renee Carlino’s Swear on This Life and Leah Konen’s The Romantics.

Tamara is also fascinated by the short story form, citing Stephen King’s The Langoliers as a great example of crafting a compelling tale in a shorter volume of words. For a spicy read, she recommends Cleis Press’ Best Women’s Erotica series. 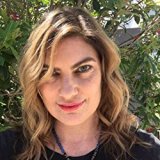 Despite working in the media, Tamara admits to rarely watching television or films. She admits, “It’s a joke among my friends that I haven’t seen any TV series since 2014, when I began writing fiction.” When she does indulge, she’s likely to choose a foreign film. However, having never seen the Disney films as a child, she has recently, at the age of 46, been discovering the magic, watching Snow White and the Seven Dwarfs. Her next film in the Disney Princess Project (as she’s calling it) is Cinderella.

Tamara was recently chosen as one of twenty-four authors for Amtrak’s writer’s residency, creating fiction while circling the United States by train. 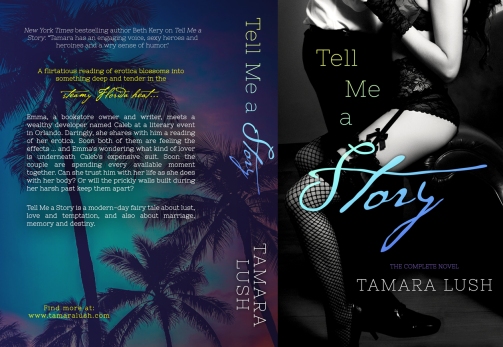