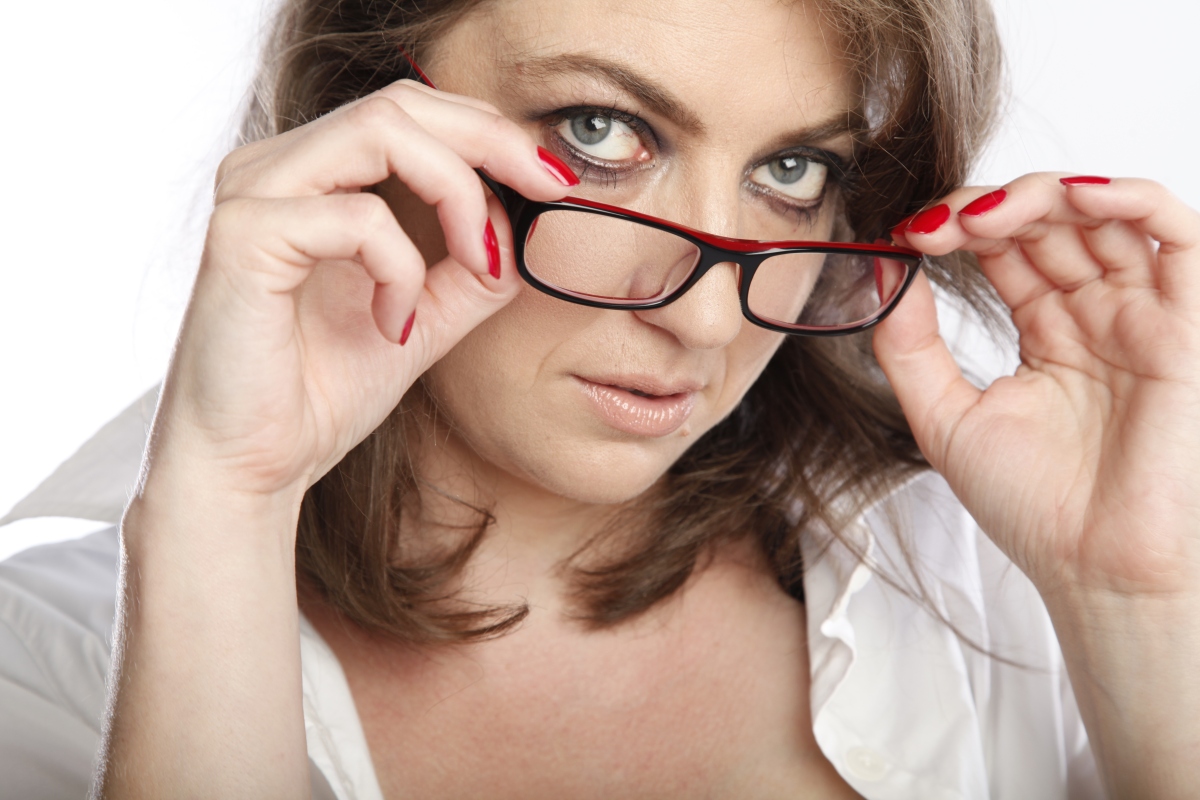 Kay Jaybee is no stranger to my blog, regularly popping in to share news of her latest releases, and letting us know what inspires her writing (see more here). Today, she’s talking about the final novel in her Perfect Submissive trilogy (Knowing Her Place) and the challenge of writing disability within erotica.

Having been thwarted in his plans to keep Jess at The Retreat permanently, Proctor isn’t willing to let Jess go back to her employer, Mrs Peters, without sending her on one final mission. Only if she succeeds in her task, will Proctor remove the collar of servitude he has locked around Jess’s neck.

With a list of five unfamiliar addresses in her hand, Jess is placed in a car and driven away from The Retreat towards England. With no idea of what, or who, awaits her at each location, all Jess can hope for is that her journey will eventually take her back to where she belongs: to the fifth floor of the Fables Hotel, where Jess Sanders truly knows her place.

Kay tells us, “One of the biggest challenges a writer can take on is the creation of a story on a subject about which they know nothing: especially when the subject they wish to tackle involves emotions they’ll never truly comprehend, regardless of how much research they do. After a request from a wheelchair-bound reader, not long after the first book of The Perfect Submissive Trilogy came out, I decided to bite the bullet (not without some hesitation), and make one of the people Jess is forced to visit disabled.” 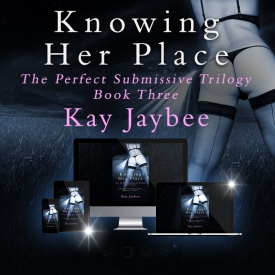 In fact, this wasn’t the first time Kay had considered writing erotica to include characters with disabilities.  Almost completely deaf in one ear, and very deaf in the other, deafness is a subject Kay feels she can relate to. She explains, “Perhaps I have the knowledge which gives me the right to commit a tale about a deaf person to paper. Blindness is another condition of which I have some experience. My husband lost 50% of his sight after an illness some years ago: an event which led to complete blindness for a while. Although I’ve never yet written stories featuring either deaf or blind people, this is more due to lack of time than any cowardice on my part and is something I plan for the future.”

For Knowing Her Place, Kay decided to create a wheelchair-bound character for Jess to entertain. “I’ll admit to being a little fearful when I was drafting the scenes. I worried that I’d inadvertently write something crass – or worse – patronising. Even now, with the finished product out there for scrutiny, I remain nervous. But, with lots of positive encouragement from my reader, and inspired by well written erotica involving wheelchair users, such as the excellent Wheels on Fire (by Mathilde Madden) – a short story in Black Lace’s Best of Wicked Words 10 collection, I created Harry Bishop: a wheelchair-bound woman whom Jess’s nemesis, David Proctor, owes big…”

Here’s an extract to set the scene…

…Jess’s muscles tingled as the uncertain nature of what she was about to face doubled now she had arrived at the correct address.

Number 52 was right in front of her. With a finger at the collar, reminding her why she was here in the first place, Jess knocked.

Almost a minute passed. There was no movement from within. Jess began to wonder if David had told the occupant to keep her waiting outside as long as possible to make her edgier than she already was. Or perhaps they’d forgotten she was coming. What would happen if that was the case – if she’d been forgotten, or if David sent her somewhere she wasn’t really expected at all? What was she supposed to do with only small change and no mobile phone on her?

Before Jess could go any further down the road of hysteria, she saw a shadow approaching through the small, square glass window in the front door.

Awkwardly, the door was edged open, and Jess found herself looking down into the face of a very attractive, extremely cross young woman.

‘For fuck’s sake, didn’t he tell you I was stuck in this bloody contraption?’

‘No. No, he didn’t. All I was told was that I was meeting someone called Harry Bishop. Is that you?’

The girl’s voice hung heavy with anger. ‘Yeah, that’s me, and I can well imagine David enjoyed making you think I was a man. I assume that’s what he did?’

The girl wheeled her chair back into the wide hallway. ‘Come in, Miss Sanders, and I will tell you what service I require from you, for I assume David hasn’t told you that either.’

Hoping her shock didn’t show on her face, Jess walked into the hall as directed, carefully assessing the blonde woman who was staring back at her with similar curiosity.

Perhaps 25 or 26 years old, her porcelain face was sprinkled with light freckles, and her eyes were a piercing indigo which Jess had no doubt would have kept her previous companion fascinated for hours. She was dressed in washed-out blue denims and a tight-fitting T-shirt that did nothing to hide the extent of her chest, which seemed even bigger than perhaps it was due to the spindled nature of her frame from the waist down. Harry’s thin-framed spectacles had slid down her nose, making her look like a belligerent librarian.

Jess wasn’t sure whether this was a complaint or a complement, so she replied politely, ‘A little older than you, I suspect, Miss Bishop.’

‘And what makes you so sure I’m a miss? This fuckin’ wheelchair, I expect!’

Jess felt her cheeks blanch. ‘No, not at all; I just … Well, you look so young.’

‘If you say so.’ Pushing herself past Jess, Harry headed towards the end of the hallway. ‘Well, come on, then! You can’t sort me out from there!’

This was new ground for Jess. She was used to being on the wrong end of people’s tempers, but it was usually to do with their sexual aggression. This felt personal, as if she was being blamed for being there somehow.

‘Oh really!’ Disbelief dripped from the woman’s lightly rouged lips. ‘And so that collar around your neck is just jewellery, is it?’

Jess didn’t reply, but retreated into her submissive role, her lowered eyes taking in as much of her surroundings as possible. They were in a large, open-plan living room now, with a short sofa and a table with only one other chair alongside a home cinema-sized television and a low coffee table, which was covered in books, magazines, spent coffee cups and chocolate wrappers. On a desk piled with reference books sat a laptop. This was without doubt the hub of the flat and served as an office as well as a place of relaxation. Cleaning up was obviously an optional extra.

‘Cat got your tongue?’ Harry wheeled over to her desk, regarding Jess more quizzically. ‘Look at me! Do you honestly not know what David has sent you here to do?’

Feeling incredibly self-conscious as she stood next to Harry, peering down at the top of the girl’s yellow hair, Jess said, ‘Beyond knowing you require me to entertain you in a way of your choosing, presumably sexual, I truly have no idea what you intend me to do, nor how long we have in which to do it.’

Harry ran her eyes over Jess, from her booted feet, up her stockinged legs, to her shirt-covered chest, and her shoulder-length red bob, before dropping her gaze back to her breasts. Her voice became less sarcastic and hectoring. ‘You really didn’t know about the wheelchair, did you?’ 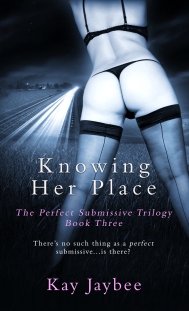 After Knowing Her Place first came out (this re-release is the novel’s second edition) it received an honouree mention at the National Leather Awards in America (2015), for the Pauline Reage award for “Excellence in BDSM writing concerning disabilities”. Kay adds, “At the time, I had no idea such an award even existed, so you can imagine how thrilled I was to be recognised in this way. (Who is Pauline Reage? Well, she wrote the acclaimed Story of O). Last week, at a local literary festival, I was asked if there was any subject I wouldn’t tackle within erotica. The answer to that is a clear ‘no’. However, that claim comes with an unshakable rider – that respect and understanding (or an acceptance of my lack of understanding) has to be maintained. Erotica has to be as much about trust and respect in the world of fiction as in reality. Oh! I should tell you that my lovely reader adores the story of Harry Bishop. If she hadn’t, I’d never have published that bit!”

Although each of The Perfect Submissive Trilogy novels can be read on their own, reading them in order is recommended.

Find the trilogy on Amazon, and at all good book and e-book retailers.

Buy links for Knowing Her Place

Kay Jaybee was named Best Erotica Writer of 2015 by the ETO.

Details of all her short stories and other publications can be found at www.kayjaybee.me.uk