I’m so excited to be hosting Janine Ashbless today, introducing the second in her Book of

Cleis Press released the first in Janine’s series, Cover Him With Darkness, in 2014, to  outstanding reviews. In Bonds of the Earth is published by Sinful Press and has just been launched.

What do serpents, or dragons, have to do with the angels who fell from God’s grace? Read on… 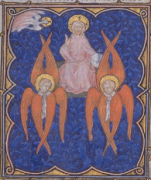 “Stretching up into the great vertical space of the tower, they had become a living helix of light—a caduceus coiled about the pillar of the world. I thought of all the legends from across the Earth. I thought of the Garden of Eden and the Great Dragon of Saint John’s Revelation; stories bookending the whole of human history.

Oh dear God—was this what they looked like before they took human shape? Giant golden serpents? Winged snakes? Is this what angels are?” – In Bonds of the Earth

Janine tells us, “This is a little story about folklore and wonderful writers’ serendipity—the kind of thing that makes my heart sing, as a confirmed pantser.

I’m writing a trilogy of novels about fallen angels. In the first, Cover Him with Darkness, my heroine Milja releases the damned Azazel from his five-thousand year imprisonment, and I mention in passing that the angels only took human form in Genesis/prehistory, when they acquired mortal women as lovers (thus incurring heavenly wrath, the Flood and so on).

What did these angels look like (if anything) before they became human, then? Well, the answer is in the ancient Hebrew texts, if you dig down. The very word “Seraphim” means “the burning ones” and the word is used in the Old Testament to denote both angelic beings and poisonous serpents. In the Book of Enoch it’s interchangeable with the word for dragon.

Seraphim were, according to Shinan and Zakovitch, originally envisaged as winged snakes 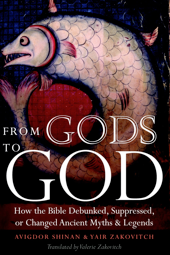 with hands (remember that the Serpent of Eden is punished by being made to crawl in the dust, strongly suggested that it previously had other forms of locomotion).

So I went happily with that when filling in the details in the second book of my trilogy: In Bonds of the Earth. Now, my heroine Milja happens to be of Serbian ethnic origin, so I thought I’d have a poke round in Balkan folklore to find any specifically Serbian dragon lore.

And I came rapidly across the word zmaj (or zmey).

Zmaj are benevolent dragons with ram-like heads and winged, serpentine bodies, who protect the crops from the evil demons causing bad weather. Their blood is poisonous. They can change form and take on human aspect, and in this shape their obsessive interest is in getting into bed with human women. In fact, when thunderstorms threatened, Serbian peasants would go round the village and ritually chase the dragons away from young women in order to make them get on with their proper job!

Sons born of a Zmaj father and human mother are zmajeviti with shamanic spirit-walking powers. Many Slavic heroes both legendary and historical claimed descent from dragons.

These similarities with the fallen angels of Hebrew mythology, are—I assume—entirely coincidental. But they made me very excited and very happy! There’s an angel-child in my book and Milja knows just what to think. It all helps in adding depth to the story and to my characters.”

More about the story

When Milja Petak released the fallen angel Azazel from five thousand years of imprisonment, she did it out of love and pity. She found herself in a passionate sexual relationship beyond her imagining and control – the beloved plaything of a dark and furious demon who takes what he wants, when he wants, and submits to no restraint. But what she hasn’t bargained on is being drawn into his plan to free all his incarcerated brothers and wage a war against the Powers of Heaven.

As Azazel drags Milja across the globe in search of his fellow rebel angels, Milja fights to hold her own in a situation where every decision has dire consequences. Pursued by the loyal Archangels, she is forced to make alliances with those she cannot trust: the mysterious Roshana Veisi, who has designs of her own upon Azazel; and Egan Kansky, special forces agent of the Vatican – the man who once saved then betrayed her, who loves her, and who will do anything he can to imprison Azazel for all eternity.

Torn every way by love, by conflicting loyalties and by her own passions, Milja finds that she too is changing – and that she must do things she could not previously have dreamt of in order to save those who matter to her.

“Broad at the shoulders and lean at the hips, six foot-and-then-something of ropey muscle, he looks like a Spartan god who got lost in a thrift store. He moves like ink through water. And his eyes, when you get a good look at them, are silver. Not gray. Silver. You might take their inhuman shine for fancy contact lenses. You’d be wrong.” – In Bonds of the Earth

Janine’s books have been in print since 2000, with short stories published by Black Lace, Nexus, Cleis Press, Ravenous Romance, Harlequin Spice, Storm Moon, Xcite, Mischief Books, and Ellora’s Cave, among others. She is co-editor of the nerd erotica anthology ‘Geek Love’.

Born in Wales, Janine now lives in the North of England with her husband and two rescued greyhounds. She’s worked as a cleaner, library assistant, computer programmer, local government tree officer, and – for five years of muddy feet and shouting – as a full-time costumed Viking. Janine loves goatee beards, ancient ruins, minotaurs, trees, mummies, having her cake and eating it, and holidaying in countries with really bad public sewerage.

Her work has been described as:

“Hardcore and literate” (Madeline Moore) and “Vivid and tempestuous and dangerous, and bursting with sacrifice, death and love.” (Portia Da Costa) 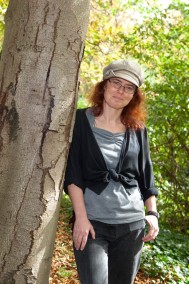 Or locate her on Sinful Press

From the Apple store or Kobo