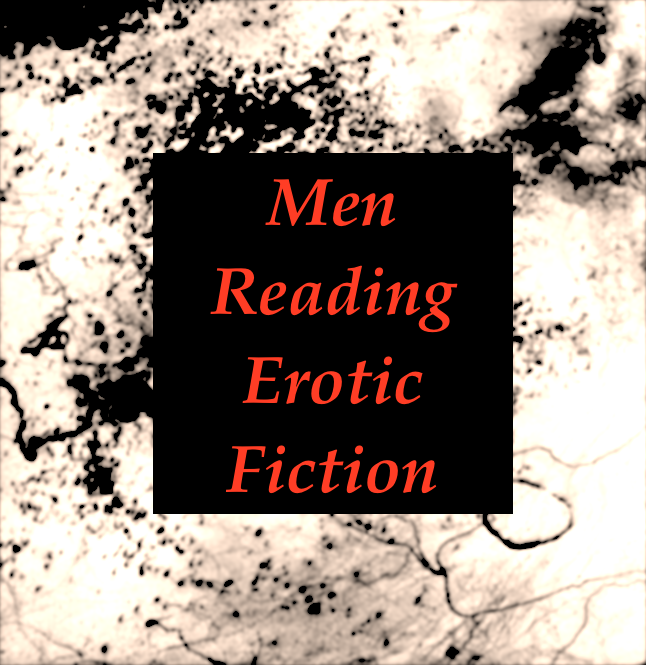 As ever, your comments are welcome.

The Echo of Self

There’s no doubt that readers seek out works with a very particular agenda, wishing to find

a mirror to their own preoccupations, to find a recognisable reflection of their sexual thoughts via fiction. They seek not only self-knowledge but validation of shared ‘sexual humanity’. There is an urgent need to find a resonating truth, to read what already plays out in our imagination.

Readers taking part in this survey cited their most common fantasies as those involving domination, submission and bondage, with just as many men seeking out fiction in which women are dominant, as tales where the male protagonist dominates.

Some readers mention interest in incest-themed fantasies (including the ultra-taboo mother-son scenario), or the seeking out of fiction exploring abduction, rape and torture. More than half mention interest in reading non-consent stories, and those incorporating ‘rough sex’: a statistic which echoes women’s own fantasies of being sexually overwhelmed or taken ‘against their will’ (naturally, within the confines of fantasy, where they are, ultimately, in control). Readers make a firm distinction between their ‘real life’ actions and what they pursue in fiction.

We each draw our own lines in the sand, creating our own definition of the transgressive, as it applies to our own inner limits. It is the thought of crossing those very lines that excites us; the illicit thrill of our moral repugnance.

Naturally, transgression is a moveable feast, since what appears transgressive to one person will be ‘everyday bread and butter’ to another: among such themes, we can class desire between protagonists of widely differing ages and inter-racial sex. The latter, particularly, seems a bizarre ‘taboo’ in our 21st century world and yet, for some readers, it remains so.

Anyone who has been moved emotionally by a film, or by fiction, knows the power of storytelling. Beyond entertainment, it has the power to shape our perception of our own self, to improve our self-knowledge and to extend our empathy with others.

One reader asserts, “I’ve been able to positively enhance my pleasure by knowing myself better, through reading fiction. I’m convinced that reading erotica can bring benefits beyond the bedroom too, making us more self-aware. I still have some way to go to express my desires, being afraid of receiving an adverse response from my partner, but I’ve learnt that women possess a tremendous well of sexual desire, needs, interests and fetishes. They share the same sexual drive as men.“

Even setting aside the well-worn tropes of the genre, it seems hardly surprising that romantic fiction, being largely female-oriented (and female voiced), might fail to address male sexual preoccupation.

However, there are exceptions to this ‘rule’, with some male readers noting their interest in reading ‘female focused’ fiction, written by women, with an eye to ‘learning more about female desire’.

Another reader mentions, “I prefer fiction by women, mostly because I’m curious as to what a woman chooses to write about.”

One states, “Female POV is what works for me, regardless of whether it is a male or female author. First-person, preferably, but that’s not an absolute.”

Another comments, “I’ve been reading erotica off and on for about 22 years. I was an English major in college, but I didn’t try taking stories apart and seeing how they worked until recently. I find that male writers tend to use more physical description, without much happening internally for characters.”

One male reader praises Kristina Lloyd for her characters’ self-examination, and lack of naivety. They also praise Tiffany Reisz, saying, “She uses wish-fulfilment tropes (mostly wealth, power, and outrageous situations) but writes with realism. Her unrepentant rebels have a lot of fun, and all the good lines.”

Thinking beyond ‘romantic fiction’, most male readers note no significant preference for male or female authorship, being more interested in individual style. Dayv Caraway notes, “Raziel Moore and Allen Dusk are edgy, but so are many female writers I know, such as Malin James. Knowing that they’re men may influence my perception of a story. It’s in the back of my mind.  However, I think fiction reflects the writer’s personality more than their gender. In the fiction we broadcast, which tends not to have a ‘romantic’ focus, there isn’t a great deal of difference in theme or approach between men and women writers. Good storytelling is good storytelling.”

Dayv Caraway comments, “Men aren’t generally reading erotica because it’s hidden in the romance section. They aren’t usually cruising that aisle, or sharing those recommendations with their friends.”

Will Crimson comments that, as far as he can gauge from readers visiting his online site, perhaps only 20% are men, but that he finds them more ‘interactive’ than his female readers. He muses, “That may simply be because women feel less safe. The online experience for women can be entirely different (and more threatening).”

Dayv adds,” I enjoy so many themes and angles in this genre, but I do know that I’d like to see more

One reader points out that ‘though the execution may be lacking, people will crawl across the broken glass of bad prose to find that which tweaks their kinks’.

Saying this, there is an almost unanimous cry for eloquent, powerful prose, and for fiction that has the ability to engage us more deeply, through character development, so that we’re invested in the outcome of each story. Readers want to see the psychology of characters laid bare; they want to examine motivation and see protagonists dealing with the consequences of their choices. Writers take note!

Our desire to fulfill our sexual nature shapes us as much as our need for intellectual and emotional fulfillment. Embrace it as an element of your mental and physical health. Embrace it through art, and film, through poetry and fiction.

Above all, don’t feel shame at indulging fantasy through reading fiction. The likelihood is that you’ll gain far more than a ‘quick thrill’; be prepared to have your eyes, and your perceptions, blown wide open.

In exploring sexual themes, our barriers are eroded. We come to recognise the breadth of sexual possibility, and how our sexual-self feeds into other facets of our psyche; in knowing ourselves, we gain better understanding of others.

Our journey continues in achieving tolerance of individual choices, including those relating to how we express our gender and sexuality. In setting aside shame, refraining from judging others, and opening ourselves to the myriad shades of the human palette, we may take real steps towards living in harmony.

The Kiss Me Quick’s Erotica Podcast: for fiction and audio recordings (my thanks to Dayv and Rose Caraway, who also feature in an interview here).

My thanks to all readers who took part in this survey, many of whom asked to be quoted anonymously. For a full list of writers who contributed their thoughts as readers, see the foot of the page here, within the Male Writers article.