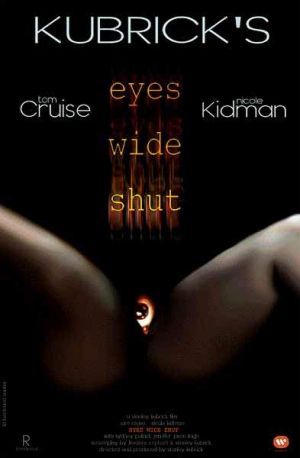 I am a different person by night.

What I thirst for is not the reflection in the mirror but something beyond and behind, only visible when there is no light: a realisation of my shadow side.

Thoughts of revenge, debasement, danger, fear, pain and violence, is this my ‘real’ self?

It is, although other selves exist too. They have the daylight.

All are mine: dark and light.

As Jung said: ‘How can I be substantial if I do not cast a shadow? I must have a dark side also if I am to be whole.’

My self beyond the mirror desires what cannot be spoken, and what cannot be attained. This ache may be soothed but it cannot be satisfied. Whatever I imagine, it will never be enough, for my desire is always to want more: to grasp at what is out of reach.

I walk a balancing act between light and shade, between my ‘civilised’ self and that which flickers and dissolves at the edges.

‘I am terrified by this dark thing

That sleeps in me;

All day I feel its soft, feathery turnings, its malignity.’

In Joseph Kessel’s Belle de Jour (1928), Séverine knows well that her indulgence of her ‘dark’ self – which wishes to lose its conventional, public identity and surrender only to desire and sensation, without thought of consequences – endangers her ‘social’ self. 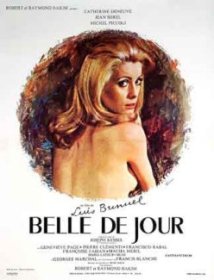 The story is best known through Catherine Deneuve’s portrayal of the icily beautiful housewife, in Luis Bunuel’s film (1967). Compelled by desires she cannot articulate, let alone share with her husband, Pierre, she is drawn into an alternate sexual world, choosing to spend each afternoon working at a brothel.

The greater her revulsion with her clients, the greater her satisfaction, yet she seeks continually, without finding true fulfillment. She experiences little ‘conscious’ choice, driven almost mad by her need to act out fantasies of masochism and debasement: to be forcefully subdued, to ‘lose’ her usual sense of self.

Her desires make no sense to her; she only knows that she must serve them.

The story’s tension lies not in her compulsions but in her knowledge that they are incompatible with her ‘other life’ and her love for Pierre. For him to discover the truth is inconceivable. She sends one of her lovers, Marcel, to murder the man she thinks will betray her and it is upon this moment that Fate twists the course of the story, turning the blade towards Pierre. 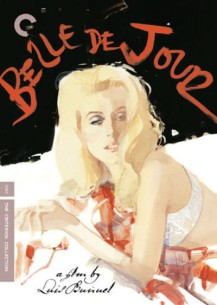 The shock of almost losing him drives Séverine to renounce her sexual yearnings and devote herself to the long-term care of her terribly injured husband.

The final tragedy is that her desire, and her shame, live on sufficiently to drive her to confess all and, in so doing, bring to pass the very reaction she most feared: Pierre’s revulsion and his repudiation of her. In the closing lines of the story, we are told that he refuses ever after to speak to her.

Stanley Kubrick’s film Eyes Wide Shut, based on Arthur Schnitzler’s Dream Story, also examines ‘unbridled’ desires, including concealment of the truth and feelings of guilt. A woman tormented by relentless dark fantasies involving a man she encounters briefly, reveals the details to her husband: a scene intimately constructed in the film, whereby Nicole Kidman whispers her confession of her ‘raw self’ to Tom Cruise. 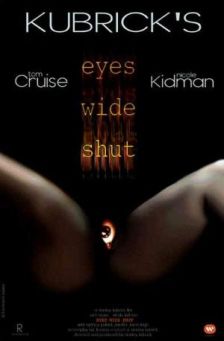 Aroused and resentful, he allows himself his own act of transgression by entering a twilight world: attending a secret, orgiastic gathering, at which he is an intruder. It is for this segment that the film is best known: its glitteringly dark, dream-like depiction of a sinister, masquerade sex party. Much is left unexplained, elevating the sense of danger.

What these books (and the resulting films) share is their portrayal of the lure of the forbidden. However much we experience and possess and taste, it is never quite enough, because our imagination always craves more.

We feel, almost instinctively, the seduction of what lies on the darker side of the mirror, where the norms of social behaviour no longer apply.

George Bataille (in Guilty) wrote: ‘Eroticism is the brink of the abyss. We’re brought to the edge by uncontrolled ecstasy. This is the stage of rupture, of letting go of things.’

Similarly, he said: ‘The need to go astray, to be destroyed, is an extremely private, distant, passionate, turbulent truth.’

And here it is. In fiction, we seek both to ‘escape’ and to ‘find’ ourselves. We seek an echo of our nature within the pages, while hoping also to set aside the constraints of ‘reality’: to ‘lose’ ourselves, as we do in ultimate moments of sexual arousal.

We want the duality of pleasure and pain.

We want the forbidden.

In Japan, diners delight at the tingle of poison on their lips from the carefully prepared puffer fish, knowing how close they are to danger, to death.

What greater triumph is there than to feel your mortality and to conquer it?

In reaching a heightened sexual state, we are of the flesh and beyond the flesh: we are corporeal and spiritual. We feel our mortality and we transcend it. At that moment of sublime ecstasy, we ‘defy’ death, becoming more than bone and blood.

We see beyond the mirror.

We see the hidden self.

F. Leonora Solomon kindly first hosted this article as a guest blog on her site.