Suzi Holland, writing as Suzette Bohne’ Sommers, began writing seriously in 1981, while at UCLA, as a journalism major. Her first piece was Dying Well: a memoir of sitting with her dying sister for weeks, until she passed in Suzette’s arms. In 2013, based on her own life experiences, Suzette began writing erotica, encouraged by her ‘dear departed’ Alex Truheart: a talented poet and writer. “I hear his voice every day, “ says Suzette, “Saying, ‘You can do this!’ I’ve had the courage to begin divulging my secrets.”

Working on her Masters in Art, Suzette was drawn to the human body and subversive artists, such as Andres Serrano and the German Expressionists. She studied alternative processes in photography, and spent many hours in the darkroom, creating a memoir. Much of her work is based on contempt for sexist religious practices. She explains, “When my brother died at age thirty, our church told us that he was dying because he’d denied their teachings. How corrupt is that? I railed against it even more when my sister died of the same kidney cancer in her early thirties; I created a grand installation for her as my thesis exhibition, entitled The God of My Father,  a subtle innuendo exploiting the myths of religion. This featured her photographic image on linen, with her arms thrown out, similar to the Shroud of Turin, hanging above a large, hand-hammered lead sarcophagus. It stirred many people to tears. Others were offended.”

Her first position after graduating was with a college Drama Department, where she designed sets and costumes, and applied stage makeup. She became familiar with contemporary playwrights and recalls it as a time of her imagination ‘catching fire’. She moved to a theatre company as their in-house Artistic Director, while freelancing for other theatre venues, including helping in staging Shakespeare productions at local wineries.

“In the 1970s, I frequented disco clubs in Los Angeles. It was an invitation to bliss. Modeling clothing for Ci Amber of Hollywood, I danced out onto the floor with a male partner… and got paid for it! This led to some interesting opportunities to meet men. I’ve written stories about those days, when men would invite me to their private after-parties.”

Suzette then began working as a stylist for Penthouse, Inc. assisting the celebrated photographer Suze Randal as her stylist. Some Hollywood parties featured behaviour she believes ‘would frighten most women’. She admits to feigning innocence. “Meanwhile, I allowed specific men to believe they’d taken advantage of me. Yum!”

At that time, Suzette was introduced to Larry Flynt, who asked her to pose for him. As a result, her ex-husband demanded custody of Suzette’s children, insisting that she stop working in the ‘sex industry’. She explains, “This paradoxical situation was almost laughable because of his personal collection of pornography; while hypocritically calling me a whore!”

By the mid 1980s, she was managing a high end art gallery in Los Angeles. There, she met an archeologist and joined him on a trek to the Anza Borrego Desert, on the border of Baja. The trip inspired her historical adventure story, Anza Borrego. 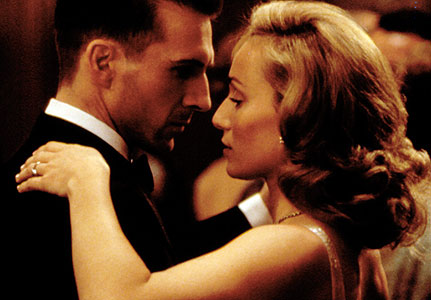 Speaking of film, she tells us, “I’m a deeply sensual, visual person. I clearly remember elements of my early life because I’m able to visualize the past in detail, recalling the tone and words expressed: desire, contentment, wrath, violence, and mourning. The same goes for particular films that have touched me. I love the cinematic panning of the desert landscape in the film The English Patient and find its theme of forbidden sex entralling.”

Suzette continues, “The most deliciously intimate scene is that of Kristen Scott Thomas scrubbing the sand from Ralph Feinnes’ hair, before disrobing and sinking into the warm water of the bath with him. Later, during the Christmas party, she (as Catherine) feigns dizziness in order to be alone with him, and we understand the risk! He finds her naked body beneath her clothing and ravishes her willing body while the crowd, including her husband, continues to party on the other side of the wall . When she returns, her husband suggests she smells of almonds…(a heady comment that slayed me!) Meanwhile, every time I watch the ending, as Feinnes carries her body out of the cave, the white sheet blowing in the desert wind, I weep with the despair and tragedy of it all!”

She adds, “In the same film, Juliette Binoche searches for the young sikh male, desperate to know why he is being so elusive, and he tells her, “I want to be found”. It’s the most romantic line in the film, and touched me, making me wish I had love like that (while realizing it’s just an illusion for me).”

Of the authors influencing her writing, her ‘honest ones’, she names Cormac McCarthy, Anais Nin, Henry Miller, and James Baldwin. She comments, “Tolstoy’s Anna Karenina inspired me to finish my novel about forbidden, unfulfilled love, and the eternal theme of yearning. I’m currently excited by themes dealing with the future of humankind, virtual reality, and science fiction. Infinite Reality by Jim Blascovich, and The City & the Stars by Arthur C. Clarke particularly inspired my own Bitterroot (as did my antagonist, and biggest influence, Alex Truheart).”

Suzette is now writing full-time and is excited to finish her novel. She tells us, “I’ve a keen interest in the relativity of time. Bitterroot deals with timelessness and immortal virtual beings.” Her protagonist begins an ‘online sexual affair’ with Alex, unaware that he’s not a living man. She feels safe with him, having been abused, and falls deeply in love, but also finds herself attracted to Jacques, who she meets ‘in the flesh’. Little does she know that Alex is cognisant of her every step. Later, her online lover contrives the murder of a man who rapes her.

Jacques pushed me down on the velvet sofa pressing his weight on top of me. I hadn’t felt the true weight of man’s body since Jack, that last night in L.A.

He straddled me, one foot on the floor, holding my arms above my head with one hand and pulled off my fur hat with the other, letting my hair halo around my head. I admit I felt a longing desire for his flesh because his male scent was intoxicating. I decided to let him take me, and relaxed…

Suzette Bohne’ Sommers describes herself as a product of 1960s counterculture, the anti-Vietnam War peace movement, and the sexual revolution. She has a Masters in Fine Art and lives at Artspace, Loveland, Colorado, where she uses her studio to paint and explore her photography skills. “It’s such a thrill and a circus, almost like living in a dorm in college!” she laughs. “We’re a mix of musicians, dancers, sculptors, and writers.” She listens to jazz while painting, and writing, saying, “It resonates with my interpretive style. Improvisational and Avant Garde are my favorites.” She has recently begun writing full-time, drawing on her own memoirs to create fiction exploring sexual themes.

and on Facebook, where she curates the Authors and Artists’ Discussion Forum