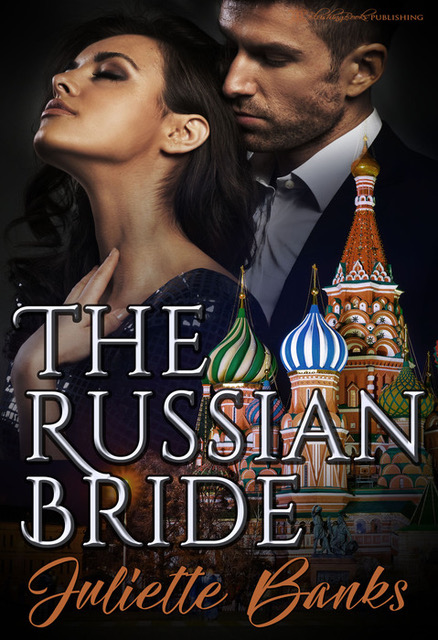 Sitting on my virtual sofa today, revealing her writing influences, is the very lovely Juliette Banks, who also writes under the name of Rachel de Vine. Her latest release is The Russian Bride… more on this later.

Juliette/Rachel tells us, “I began writing around thirteen years ago, and writing erotica about three years ago. I’m quite a romantic, so I tend to write erotic romance, rather than straight erotica – that’s probably the influence of Jane Austen, the Brontes and my other earlier reading habits. I find it hard to separate sex from love and affection in my novels, although I tackle casual sex much easier in my short stories. One of my earliest literary influences was D H Lawrence (a local boy, as it happens, from my part of England). I loved not only his stories, but also his poetry, and even stole a book of his poems from a library, because I loved them so much and couldn’t afford to buy the book. I loved his gritty realism, but also his wonderful way with words, and the honesty of his writing. After reading several of his books I felt that I had passed from childhood reading tastes to adult ones. Thomas Hardy was also another influential author when I was in my early twenties, touching me deeply.”

Speaking of her love of art, her home adorned with paintings and artefacts purchased on her travels, Juliette reveals, “I even have a ‘Chinese’ room, filled with furniture, paintings, curtains, the lot. It’s like living on a film set, but I love it. I don’t really do minimalism. Most of the photographs on the wall of my office were taken on trips to Africa and South America. There’s something mysterious in how the camera captures an image.  I tend to like the dark and moody shots best. I’ve written short stories based entirely on a photograph.”

Of music, she muses, “Just a few bars of a song will transport me back to the place where I first heard it. Some pieces will reduce me to tears, because they evoke memories of someone special, or a time when I was happy or sad. When I wrote Songbird, about a French singer who’d had a tragic life, I listened a great deal to Edith Piaf, as well as Nina Simone and Billie Holliday.”

Juliette’s writing is also influenced by her love of film. “I’ve watched quite a lot of French and Italian cinema over the years, which seems edgier than English or American film-making. Their portrayal of relationships, sex and emotions is far more intense. I don’t always have to have a ‘happy ever after’ either, which is almost anathema to Hollywood. I can remember leaving the cinema after watching Dr Zhivago many years ago, with tears streaming down my face because of the sad ending, and yet I adored the film. However, writing for my current publisher, a HEA is obligatory. I can’t have my heroine throwing herself off a cliff!”

She adds, “Growing up at the time I did, cinema was an important influence, alongside books, as my  window on to the world (pre the Internet and Google etc). I used to daydream about escaping my mundane teenage life. Perhaps, that’s reflected in the escapism of my stories.”

Find out about Juliette’s latest release, with Blushing Books, The Russian Bride:

Natasha, a Russian-born woman living in London, catches the eye of Viktor, a middle-aged Russian gangster. He wants her as his wife, the mother of his son, and his submissive partner in the kinky sex he enjoys at his isolated home near Saint Petersburg. But he doesn’t ask her to accompany him – he just takes what he wants.

Everything turns sour, however, and on a visit to London, Natasha has to flee for her life – where businessman, James Miller, comes to her aid. Over the course of the next few days, Natasha tells James her story, and as horrified as he is, he cannot deny his attraction to the beautiful young woman. He vows to help her.

Neither of them realize quite how much danger they will be in for defying Viktor, but James is willing to risk everything to rescue her from this man. Can he do it? And does Natasha return his feelings?

When she isn’t writing, Juliette likes to travel the world, and has been doing so since her twenties. She loves the beautiful British landscape, and lives in a lovely part of central England. She adores reading, listening to music, and being with her wonderful, extended family.

Drop her a message on Twitter here or here

Find her on Amazon here and here

Purchase The Russian Bride from