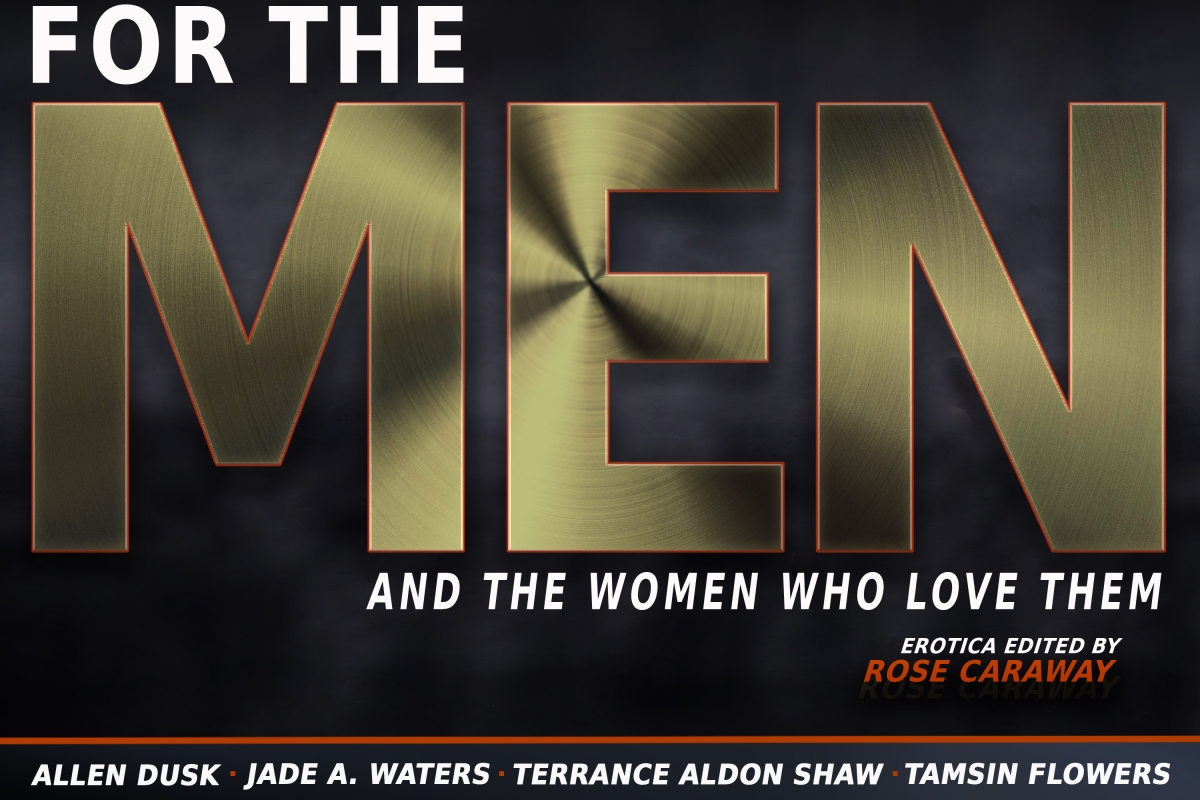 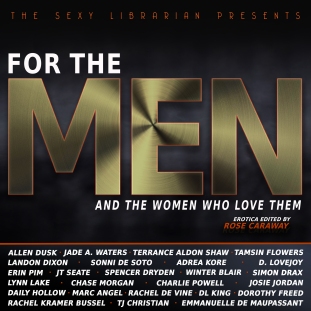 For the Men (and the Women Who Love Them) is the latest anthology release by editor (and narrator) Rose Caraway, gathering together twenty-five authors, each with their own, tantalizing flavour, filled not just with strawberry creams but with dark truffles, delicate marzipans and sharp ginger. 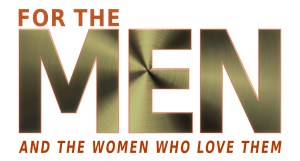 In this series, I’m sharing  insights from our authors. Read on, to discover their thinking as they wrote each tale…

In Part One, I delved the theme of ‘watching and being watched’: our desire to exhibit ourselves sexually, the thrill of revealing, and concealing.

In Part Two, I examined tales filled with tension and conflict, exploring dichotomies, 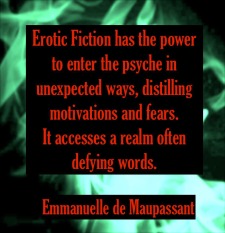 particularly relating to power: giving and receiving, vulnerability and strength.

In Part Three, I looked at stories in unusual settings: futuristic, supernatural, and off-planet: locations thrilling and unexpected.

Sonni’s Odd Man explores the psychology of jealousy, and the fragility of our relationships, built upon assumed identities. Using an intimate narrative voice, she probes our vulnerability.

Sonni drew on her own experience of open relationships in writing her tale, wanting to explore not only the thrill of the fantasy but the ‘train-wreck tragedy’ that can come from attempting polyamory. Her story aims to show that we cannot expect our relationships to remain unchanged by time. 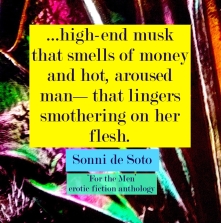 As women have been emboldened by feminism and attitudes of sex positivity, becoming more open in articulating their needs (which may include the desire to have sex with more than one person), Sonni believes that men are faced with pressures to find their role. She notes that, in dismantling traditions, men can feel vulnerable, questioning not only the validity of their relationship but their ‘value’ as a man. Her story aims to confront some of those anxieties.

She admits, “It can be scary and, even, disheartening but, instead of looking at this as a relationship-ending inevitability, it can be seen as an opportunity. To grow as individuals as well as partners. As I age, the more it seems that the only way to keep the promise we bought into when we were young is by being open to change.”

In casting a film version of her complex story, she sees Ryan Gosling as her protagonist, Russel Crowe as his romantic rival and ‘someone ethereally beautiful’, like Olivia Wilde, as the woman in their lives. Sonni advocates for evolving and adapting, believing that happiness is ‘something we must strive towards everyday’. 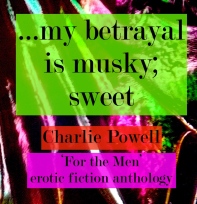 Charlie Powell’s story, Winning Big, is a bittersweet tale, exploring the themes of infidelity and lost love, as well as whether we can love someone without being sexually compatible. She says, “Sometimes, great sex isn’t enough – you can have that with someone and they can still be bad for you. Don’t be surprised if that means you never lose the temptation to go back there…”

Charlie does not offer a ‘happily ever after’. Her clever, smoothly narrated tale explores the forbidden: our desire to be unfaithful to those who trust us. She explains, “I wanted to show that people are complex.” Her story is set during a hen celebration, when the bride-to-be sees the old flame she has never been able to forget. She is moved to act where she knows she would be best advised to leave well alone.

As for who would play her leading roles, she admits to adoring the film ‘Riot Club’. “I found it very sexy,” she reveals, “…almost against my better judgement. I’d love to reunite Max Irons and 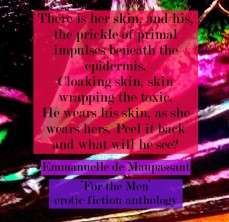 Holliday Grainger.” Charlie’s story is set at a race-course, a predominantly male domain, which she notes is an environment she finds inherently sexy.

My own story, Labyrinth, also focuses on uncomfortable themes. It looks at our tendency towards self-destructive behaviour, our struggle to fulfil the roles others expect of us, and our internal conflict, including the compulsion to hurt those we love (whether physically or emotionally).

More from the authors behind this exciting anthology in part five.

Taste the unexpected, and the uninhibited.

Twenty-five authors bring you tales of temptation and seduction. 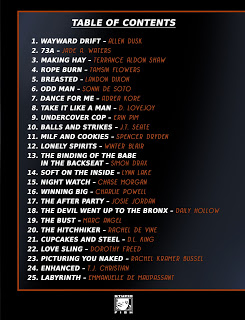 Find out more here, in Terrance Aldon Shaw’s interview with Rose: on creating an

anthology attempting to encompass the scope of male desire, on advice to aspiring writers, and the importance of plain speaking when it comes to sex.

You may enjoy a peek at my own interview with Rose, and husband Dayv, on their superb work in creating 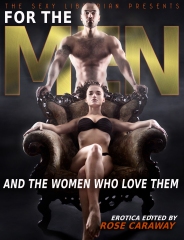 More from Rose, including sexy snippets from each story, and

her own interviews with each author, at Stupid Fish Productions.

Purchase your copy of ‘For the Men: And the Women Who Love Them’ from Amazon.